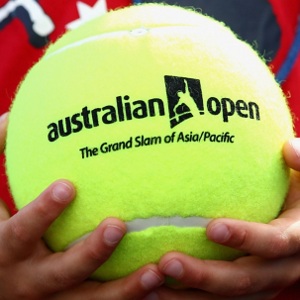 After the shock and awe of the opening round of matches, the second hurdle was overcome by the majority of the favourites with relative ease, with some notable casualties instead amongst those who made such strong opening statements here.
For the men, the top seeds all advanced with little fuss, and amongst these, a certain Gael Monfils and Milos Raonic proved me 100% correct in my predictions, Stan Wawrinka rather upset my Nostradamus cart by bossing Radek Stepanek in a straight sets fashion that his fellow title contenders would duly adopt also.
Of those that lost out after impressing on Monday and Tuesday, surely Fernando Verdasco would’ve expected more even against the dangerous Benoit Paire.
As expected, the highlight of the men’s competition revolved around the home talent, and for the last time the likes of Kyrgios and Tomic – impressive in their own victories so far – nevertheless had to play second fiddle to one Lleyton Hewitt who ‘left nothing in the locker’ room after signing off his Singles career in Melbourne losing 6-2, 6-4, 6-4 against the unforgiving 8th seed David Ferrer.
Whilst injury and confidence perhaps denied a truly encompassing final bow from the rottweiler, we still enjoyed flashes of the flair and fire that sums up the great champ despite the straight sets scoreline.
Australian tennis said goodbye top one of its last true greats who now goes on to wrestle Davis Cup glory back to the southern hemisphere.
For Tomic and Kyrgios the path now lies uncluttered to write their own legacies.
The women enjoyed similar plain sailing, but Kuznetsova’s loss was a shocker. The Russian who after such a promising start to 2016 was dumped out by Katerina Bondarenko was joined by other household casualties like Genie Bouchard, Alize Cornet, Sabine Lisicki and 11th seed Timea Bacsinzsky. Oh and Petra Kvitova, another huge name out which opens up the draw intriguingly further.
Round 3 picks
Roger Federer vs Grigor Dimitrov
A visual feast for sure as Fed and Baby Fed clash fairly early on. Dimitrov’s star has waned since he dethroned Murray at Wimbles in 2014, let’s see what happens here.
Nick Kyrgios vs Tomasz Berdych
A young gun bursting with talent and controversy faces off against a seasoned campaigner slowly drifting into the ‘what could’ve been’ club. On his day Berdych has beaten anyone, but spurred on by the home crowd, Nick might take this.
Feliciano Lopez vs John Isner
A tough call between this and Wawrinka vs Rosol, but for the sheer prospect of a clash of styles that produced such memorable tennis both times Mahut and Isner met at Wimbledon. Like Mahut, Lopez is also a serve volley master and this should produce a delicious little mix of a match.
Madison Keyes vs Ana Ivanovic
In a Women’s draw that is increasingly sparse of seeds, this could have some pull, Keyes is looking ready to take over from the Williams sibling mantle and Ivanovic can still reach the latter stages of a slam with ease.