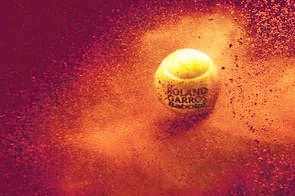 Another double round-up for you (un)lucky folk, and one that sees two very different days in Paris.

The fifth day was a calm affair compared with much of the opening four days of action on the red stuff, some seeds exited and some favourites struggled a tad but overall things went as expected.
Rafael Nadal made a mockery of the muted whisperings of an upset or at least a challenge in the form of young Austrian Dominic Thiem, thrashing one of 2014’s form men to the loss of just seven games.
It was a similar case for Andy Murray who snuffed out any hint of a fairytale for duck-breaking Matosevic, finally winning a first rounder at a slam. The Scot also dropping just seven games.
Elsewhere there were comfortable wins for Ferrer, Seppi, Fognini, Karlovic and Kevin Anderson. The hero of the day was easily Fernando Verdasco who – for the fifth time in his career – fought back from a two set deficit to beat the rapid and injury-plagued Pablo Cuevas.
Of the households to leave us; Deliciano Lopez and Juan Monaco both bid adieu.
On a mixed day for le garcons, Gasquet and the elasticated Monfils both supplied some solace with straight set wins.
On the women’s side of things it was a similar story as Ivanovic, Kvitova, Errani and Jankovic all produced commanding performances. Simona Halep too, extinguished any faint British hopes of Heather Watson producing an upset.
Petkovic, Kuznetsova and Safarova all won but Pavluychenkova, Wickmayer and Flipkens advanced no more.
Kristina Mladenovic and Pauline Parmentiercontinue to fly the French flag after a wins of contrasting ease.

Day six began with another shock as The Curtain aka Aga Radwanska failed to show up in her 3rd round match against Ajla Tomljnovic. The Pole, so often the very definition of consistency and guile over brainless power was instead spraying shots wide and into the net. To her credit, her opponent produced plenty of angles and tactical nous and never panicked.

There were no similar shocks elsewhere; 8th seed Domi Cibulkova‘s exit was less of a surprise given her opponent Sam Stosur is playing her very best and has beaten the Slovakian every time they’ve played. Go figure.

Instead, on a day of salivating 3rd round fixture, things went with the form book, but there were scares along the way. Federer and Djokovic both dropped sets en route to victories over Tursunov and Cilic respectively. Berdych too dropped a breaker against Bautista-Agut in what was otherwise a straightforward contest.

There were bigger ding-dong battles out there as Pauline Parmentier overcame Mona Barthel in three, John Isner tied down Tommy Robredo in a breaker-fest, the Spaniard showing incredible tenacity throughout. But the biggest battle saw Milos Raonic outlast Gilles Simon in a fight that ebbed and flowed but remained compelling throughout.

On the other end of the scale there were easier wins for Tsonga, Suarez-Navarro, Gulbis and Kerber.